To give Northampton Saints a clear victory in the 7s Bowl final of Singha Premiership Rugby, two tries were scored by Tom Collins, which include one right at the death. 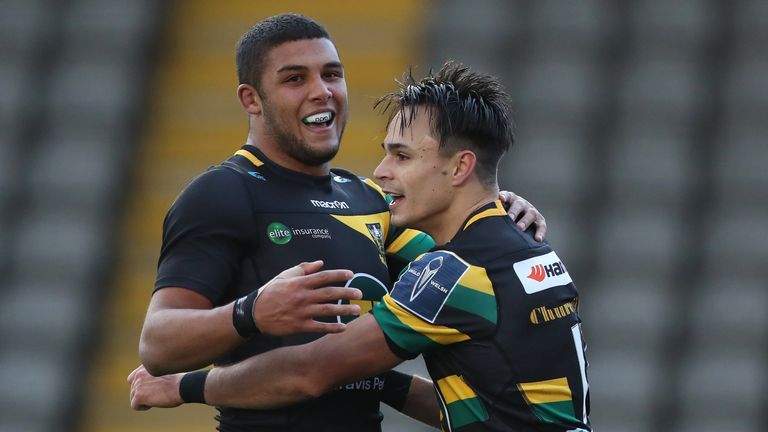 By his efforts, team won with a 24-21 over Leicester Tigers.
Jack Stapley of Tigers and George Furbank of Saints in the first half exchanged scores. They do it before a mazy run through the Leicester defense heart by Tom Collins, who made it at half-time 10-7 to the hosts.

Tom Ffitch changed his own score to beat the Tigers and put them back ahead, before the lead of 21-10 was extended by the Charlie Dockery with just two minutes remaining at the Gardens of Franklin.

But never-say-die spirit of Saints was on full show when Tom Emery with his astonishing momentum bring them back in the game before the second score of Collins of the game, let the hosts to have a dramatic win at the last-minute.

Northampton Saints the host of the championship had secured their place earlier in the final with the victory of 28-12 over the London Irish at the front of a home support.

Ollie Sleightholme of Saints gave them the lead before Collins- Ollie Hassell leveled the things for the Irish.

On the Friday night of the Singha Premiership Rugby 7s Neither Bath Rugby nor Leicester Tigers had got the win.